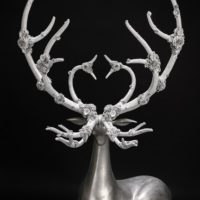 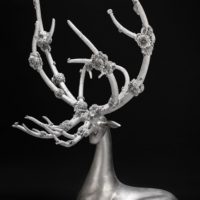 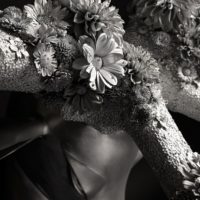 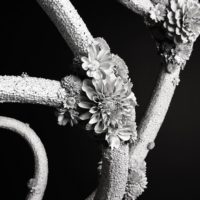 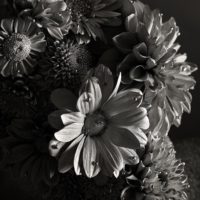 For the fifth time, the gallery’s art fair booth will present pieces by Kengo Takahashi. This year, however, the booth will consist of a unique installation composed entirely of Takahashi’s artwork and centering on the large canvases which he recently created while completing his doctoral studies.

Takahashi’s long years of research have led to continued refinement of new techniques and the exhibition offers viewers the chance to see the artworks that are the culmination of those efforts.

One year after the Great East Japan Earthquake and Tsunami, I visited the areas affected by the disaster and found, amid the vacant land, traces of the lifestyle that had previously existed there.

A moment came when I sensed the echoes of death in those traces and the soles of my feet began to quiver as an overwhelming feeling of fear and helplessness spread goosebumps across my entire body, leaving me unknowingly clasping my hands.

At this point in my career, my artworks have been presented along three conceptual lines: the contrast of the emptiness I sense from human beings and the polar opposite feeling of longing I have for the pure “life” represented by animals, the realization of “death” I felt after experiencing the Great East Japan Earthquake and subsequent nuclear disaster, and acts of reverent mourning for the dead. This new piece, however, was created with “prayer” as its theme.

“Prayer” is simultaneously the act of making a wish and a way to imagine a better future. Through the act of prayer, humans force their negative emotions to shift in a positive direction and perhaps, they can even generate the strength to overcome the fear of death and continue living.

Thus, as we continue to live in a contemporary age overflowing with chaos and negative energy, should we not reconsider the importance of prayer and the necessity of that which can be an object of prayer?