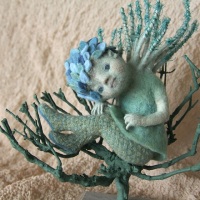 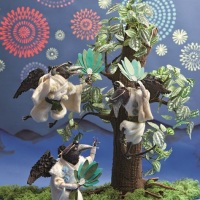 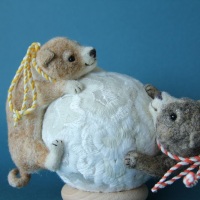 Born in Japan in 1973.
Lives and works in Shizuoka, Japan.

Chiaki Suzuki started her career as a wool doll creator just after she got her baby.
Shortly after, she started holding exhibitions in Japan.

As her works had come to be known, she was invited as a lecturer from a design school “Vogue Gakuen” in Tokyo, Yokohama, Nagoya and so on.
Chiaki Suzuki also has several different careers such as, designer for a PR section of Japanese private companies, columnist for magazines, and also developer of tools of needle crafts.