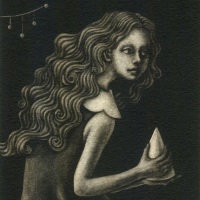 As Japan begins a new era, we present the first “Something Precious” exhibition of the Reiwa Age: “Ah/Uhn”.
The syllables Ah and Uhn have a broad range of meaning, representing the interval between inhalation and exhalation, opposing forces, and all things contained in the universe. In this way, they also symbolize beginning and end, making them the perfect motif to express the dawning of a new generation of Japanese history.
In artistic terms, Ah and Uhn have traditionally been associated with twin open-mouthed and closed-mouth forms.
Given such far-reaching thematic material, we are excited to see what images it conjures up in the minds of contemporary artists. Over 50 such artists have taken the challenge and will present their work.