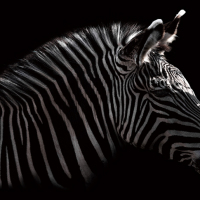 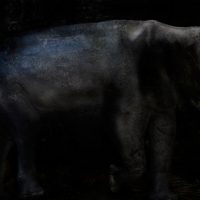 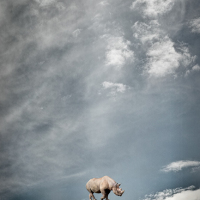 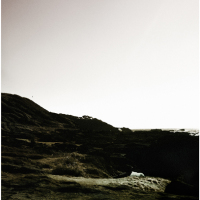 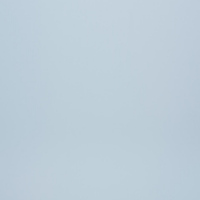 Series – “Subterranean”
Before the advent of photographs, books of natural history or similar collections utilized engraved prints for images. Created using copper plates, these pictures would accompany the written record, linking it with the imagination. The drawings in the Natural History Book of Pliny the Elder and Dürer’s Rhinoceros , for example, were mainly conceived as realistic depictions of their own observations, but they are stunningly beautiful images in their own right. In contemporary times, there is very little of the world left undiscovered and it is difficult to seek images of unknown landscapes. I have thus tried to create my own natural records of a new world, composed of unknown landscapes depicted using more modern techniques.
In the “Subterranean” series, I imagine myself traveling the underground of this fictional world and depicting the many varieties of scenery I see.
An imaginary world depicted with realistic means is different from the creation of an artistic world. In other words, my other world could not be one of fantasy but needed to carry the intensity of reality.
To accomplish that, I first draw or paint pictures of the scenery and objects of that world and then photograph them, after which I cut out unnecessary elements and add shadows while still preserving and completing the original drawings.

Series – “BLACK”
These works were an attempt to find consistency between subject matter and artistic practice. The black referenced is “blackness derived from color,” rather than monotone black. Such blackness is created by overlapping and removing layers of color until the particulars disappear. Our awareness of color is greatly influenced by both organic elements and cultural backdrops. To begin with, our sensory organs are parts of the body. I have attempted, here, to ponder the interindividual differentiation between those organic features and the environmental elements that influence them. Different living things possess different types of vision. Humans, too, have certain differences in their vision (of course because of color perception, but also for more organic reasons like height and depth of field). An exploration of our perceptions of the world is an exploration of the body. Thus, my method of priming color and rendering it null is a way of seeking empathy that can overcome individual differentiation.

Series – “SPECIMEN”
“Photography is about deprivingdeprives objects of their function”
A cup in a photograph cannot hold water. Yet, we still refer to it as a “real cup.” It may be a “real cup captured in a photo,” but it is still called a “real cup” nonetheless, despite the fact it now lacks the functions and requirements that make a cup what it is. Can we not hypothesize that this itself is the objective of photography? The medium’s primary feature is that the objects reflected are deprived of function and recorded as specimens. Such is the motive for taking photographic works and the source of what makes them worth collecting.

Inspired by the ethos of the punk/new wave movement, Toru Tanno began writing poetry in his teens, produced music in the 80’s-90’s, and became heavily involved in rave culture after crossing over to Europe in 1999.
He began creating works of photography in 2009, at first focusing on “molded human forms” and later exploring a growing interest in the transcendental, that primordial beauty which existed before codification. In doing so, his works have ceased to be “narrative” in nature and instead emphasize the “worlds” from which those narratives spring.
Since 2018, he has developed his style to include photographs that possess an intensity that rivals reality, using real-world forms to construct delicate, exquisite fictions that serve as an antithesis to artistic autonomy. Referring to himself as “the mechanism by which the work is created”, he has transformed the artist Toru Tanno into a device that can be remodeled at will, in order to give birth to new works of art.

At present, his practice is devoted to the series “Subterranean”, based on his study of perception, the world at large, and the gap that lies between the two.